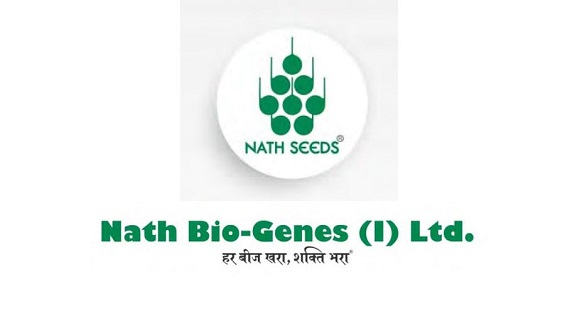 *Nath Bio Genes CMP 288 View*Nath Bio-Genes (India) is engaged in the Business of of Production, Processing, and Marketing of Hybrid and GM Seeds. NBIL is engaged in the production, processing and selling of around 100 varieties of seeds of various crops including cotton, field crops, vegetable crops, and cereals and oil seeds. The company is into open pollinated, hybrid as well as genetically modified seeds.*Financial at glance*Revenue in FY20 was INR 279 Crs Vs. 230 Crs in FY 19. EBITDA in FY 20 was INR 55 Crs Vs. 43.6 Cr in FY 19.EBITDA Margin in FY 20 - 19.66% Vs. 18.91% in FY19. Operating profit margin is around 22% which is also stable. Last 5 year sale growth is double digit and profit growth is also double digit. Not impacted in Covid-19 due to nature of its business.*Risk* The seed industry is closely regulated by the government because of its links with farmers. Also, Nath Bio faces competition from multinational companies, as well as Indian players. One major problem is debtor realization period which is around 6 months. Increased exposure to group companies and innovation of BG also. *Strength* Significantly higher -than-expected revenue backed by healthy demand for its products, resulting in improved profitability and ROCE. Strong support at 250. Current position hold above 350 should be in bullish zone and can reach at 400. Once cross 300 then next target can be 320/335.